For the record, I’m neither gay nor am I married.

Second, I add the phrase “gay marriage” in inverted commas because I don’t even see how a “gay” marriage is any different to a “regular” marriage between two “heterosexual” people. As far as I know, marriage is a union of love, gay or otherwise. Or one of convenience, if Jane Austen was bae.

Third, I’m quite aware of the sort of possible criticism that this post might gather and my dear fragile heart (apparently I do have one after all) might not even be able to handle it. But it’s been bothering my pea brain and of course if this means that I’m finally going to blog about it, so be it.

Fourth and finally, my research might be flawed. I’m not well read on the topic and have only bits and bobs of information I sourced through the Internet. 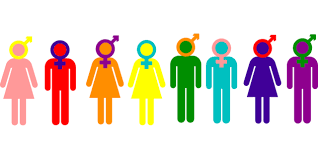 According to the news there was talk of Sri Lanka “decriminalising homosexuality” (I suppose that would be the first step towards gay marriage) and then in less than a day this proposition was called off. I also made the mistake of reading the comments in this news article – the comments are not for the faint hearted.

In fact when American legalised gay marriage nearly two years ago and Facebook suddenly had an influx of all these colourful profile pictures. I mean this is great and all. No doubt about that. But the question my pea brain had in mind was as to how the world came to a state where the right to marriage was a question of gender and not of more important things like age or mental stability? However, those in America who were able to be married as a result of the events of 2015, good on you no doubt.

With Sri Lanka though, it’s a different story all together. Our friend in the city actually put together a video I am happy to share and that’s not even because of my favourite friend Dili. They walked around “progressive” Colombo and asked people their thoughts on legalising same-sex marriage / “decriminalising homosexuality”. The word “decriminalise” makes me wonder what sort of word rapists of paedophile get. Again some content is not for the faint hearted. It doesn’t scare you like a horror movie. It just makes you sad to realise that there are people (probably the same age as you are) that think aeons different to you do. Also that there might still be people who have no idea on what they might be talking about to start with. Here, I specifically refer to the loose use of the word “culture”.

What nags my ignorant self is probably not knowing as to why the world need a “special” law passed in order to practice the right to love.

And I’m not even the romantic one in my present relationship.

This is what nine-year reunions look like. No one really grows up anymore.
That one time in life where we did something cool in the mountains and now suddenly I identify as someone who likes to “hike”. 😂
One of my constants since India, to date, I don’t know how I would’ve survived those three years had it not been for you.
Growing horizontal together since 96’ 😮‍💨
🏡 Everyone under one roof at the end of Summer.
It seemed like a good day for Instagram uploads, do you know what I mean?
Loading Comments...
%d bloggers like this: